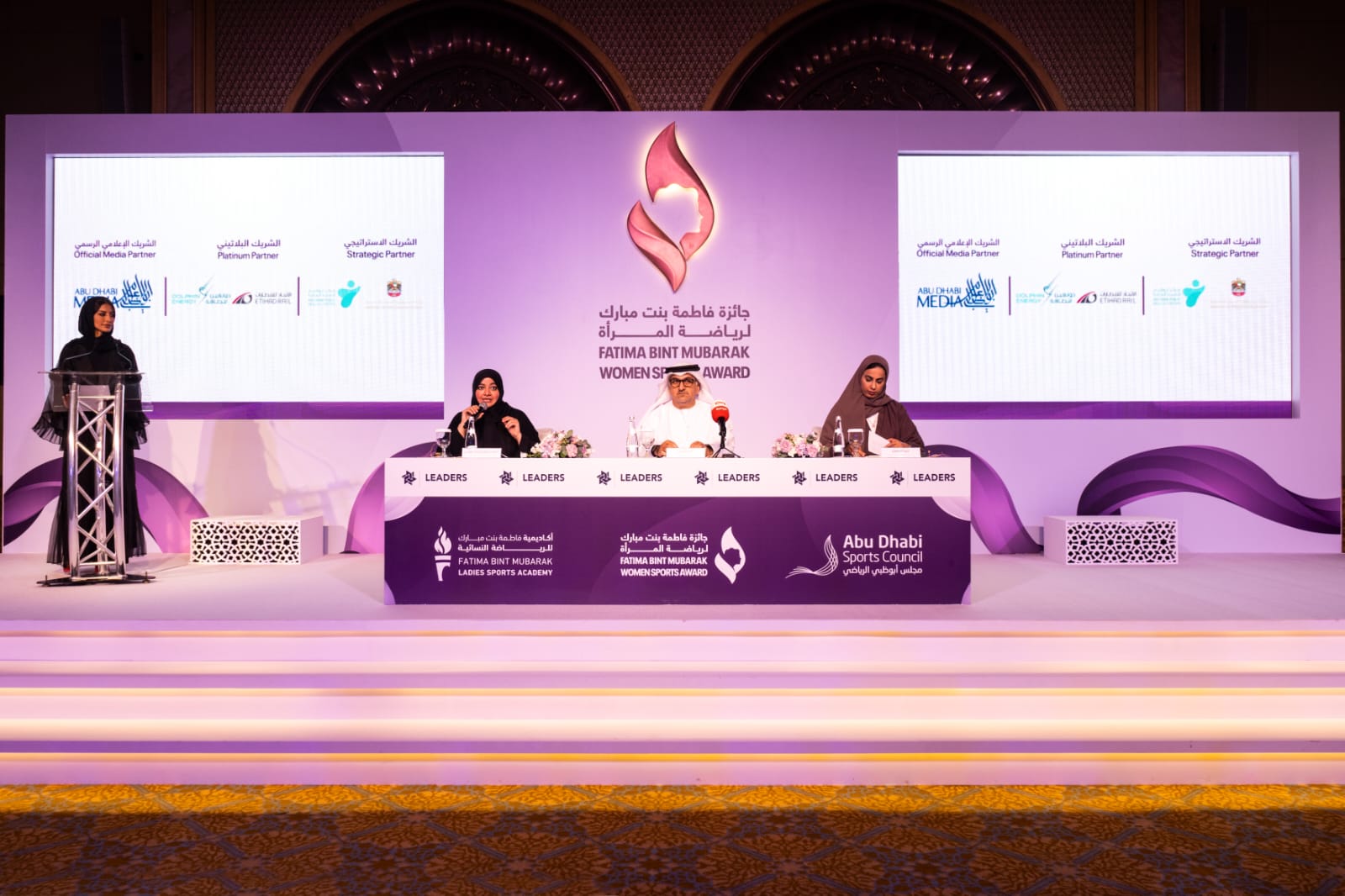 Abu Dhabi, 08th August 2022: Fatima Bint Mubarak Ladies Sports Academy has announced the extension of the nomination period for the Fatima Bin Mubarak Women Sports Award in its sixth edition till August 12th, 2022, after the initial closing date for candidacy was August 8th, 2022.

This came in response to nomination requests and support that came from participants and applicants from the UAE and various Arab countries, as well as the constant care and attention by Fatima Bint Mubarak Ladies Sports Academy, that gives unprecedented support to developing women's sports and reinforcing their advanced position in societies.

Mariam Al Mansoori, Head of Technical Support and Training Programs at Fatima Bint Mubarak Ladies Sports Academy, said: “we are pleased to announce the extension of the closing date for nominations for the sixth edition of the Fatima Bint Mubarak Women Sports Award, based on our keenness to respond to all requests and provide equal opportunities for participants, in light of the great demand for nominations by women's sports affiliates in the UAE and the Arab world alike. The new date affirms and provides important opportunities for applicants in all categories to register their strong presence in the race to win the prestigious award,” she added. The Fatima Bint Mubarak Women Sports Award is to unveil shortlisted nominees on September 9th, 2022. The shortlisting process is based on the nominee’s profile and achievements in the field of sports, which is ultimately decided by a panel of judges.

The Award includes several categories and was opened for registration last July 2022, and received a reasonable number of applications from many Arab countries, such as but not limited to Egypt, Morocco, GCC countries, Jordan, Lebanon, Syria, and Tunisia. And it still promises to receive more, considering the number of applicants.

Since the award also extends recognition and appreciation to federations and sports institutions, many federations have expressed their interest in participating, or have registered already in this category.

Competition categories within this award include both individual and collective levels in various departments such as sports management, training, research, sports sponsorship, and women of determination. The total money prize for the award is AED1,700,000.

Every year, the Award seeks to honor the sports personality of the year, where sports personalities whose experience exceeds twenty years of competition are eligible, and this category is at the level of the Arab world.